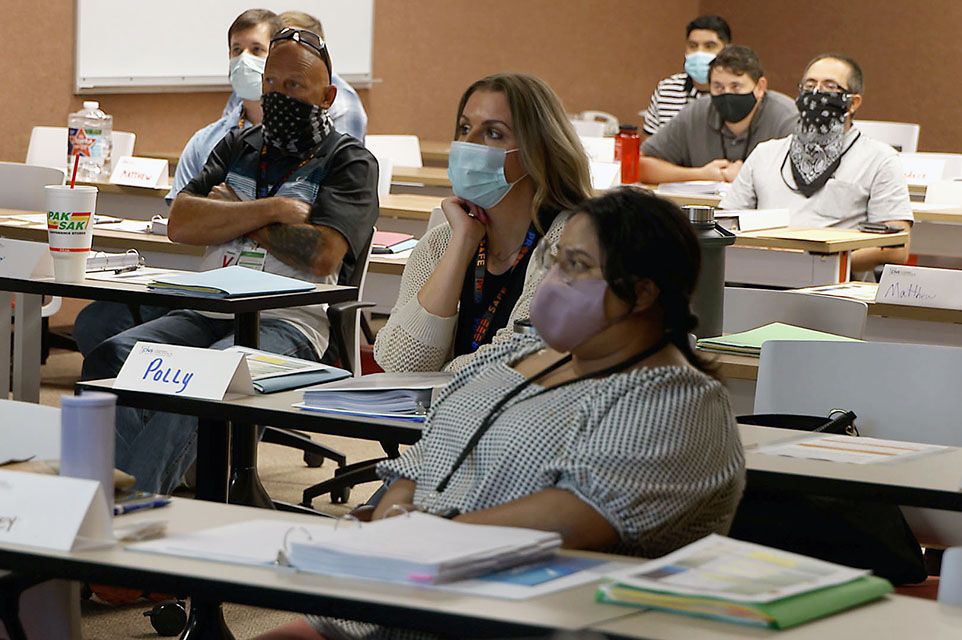 During a September Pantex onboarding session, new employees learn about the opportunities offered at Pantex and Y-12 and how all employees play a vital role in meeting the mission.

Are you close to graduation or have graduated in the past two years? We want you to join our team. Take on the challenges of improving our national security and creating a revolution in manufacturing. We are looking for recent college graduates and intern candidates.

Oak Ridge is one of the most scientifically influential cities in the United States. With a rich history dating back to the 1940s, the Atomic City has played a key role in many major scientific developments through the years. You can explore Oak Ridge’s scientific heritage in the American Museum of Science and Energy. Oak Ridge offers a variety of attractions such as the Oak Ridge Playhouse, the Secret City Commemorative Walk, and Excursion Train, as well as plenty of parks to explore.

We usually visit college campuses twice a year, once in the fall and again in the spring. Our fall visits typically occur from September to December; spring visits occur from January to March. To find out when we will be visiting your school, check with the career placement center on your campus or check out the schedule below.

More than 700 fourth- through eighth-grade students participated at industries and businesses across Anderson County.