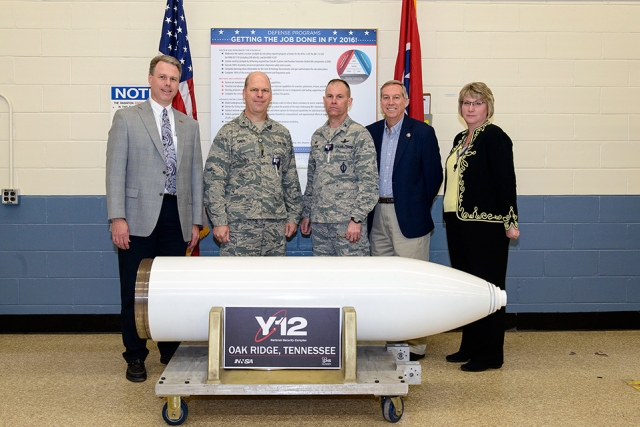 Before he assumed his new post, he toured Pantex and Y‑12 on back-to-back days to familiarize himself with work being performed at both sites.

Lutton is no stranger to the nuclear deterrent mission. He previously served as the commander of the 91st Missile Wing at Minot Air Force Base in North Dakota, one of the Air Force’s three intercontinental ballistic missile (ICBM) wings that maintain a portion of the nation’s Minuteman III ICBMs and launch control centers.

Before his assignment at Minot, Lutton served as the deputy director of Mission Assessment and Analysis at U.S. Strategic Command from 2012 to 2014.

Lutton replaced Brig. Gen. Stephen L. Davis who accompanied him on the tours.