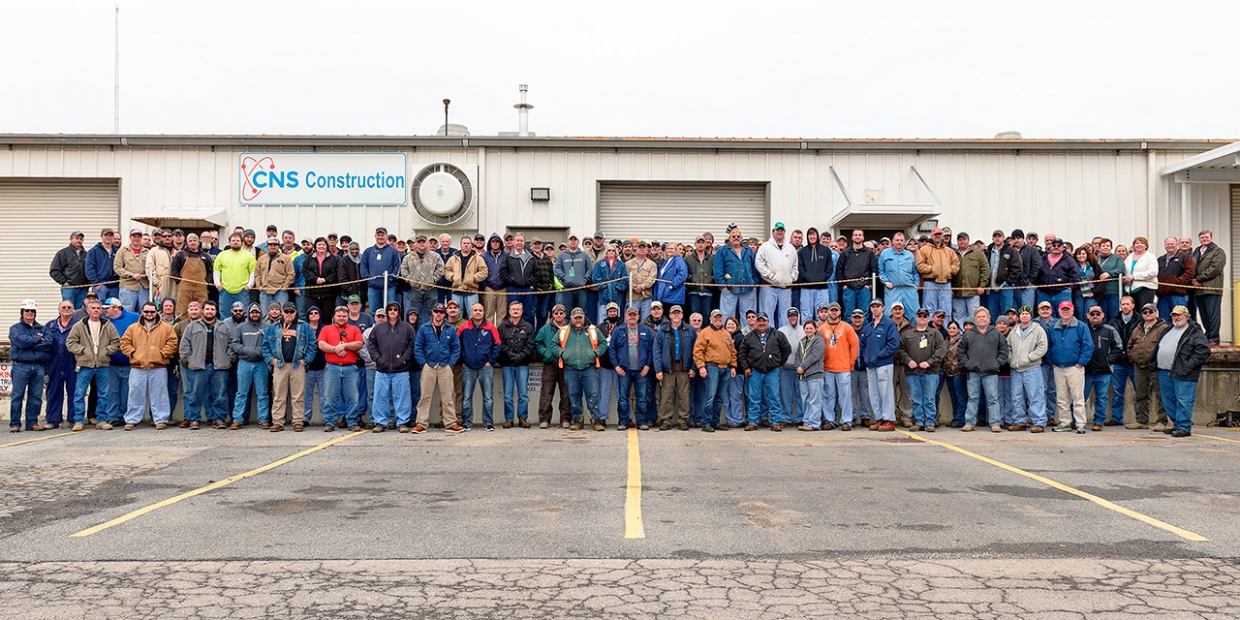 Pantex and Y-12 Construction organization workers have built records of millions (and years) of safe work hours — one hour, one day, at a time.

Consolidated Nuclear Security, LLC CEO Morgan Smith said the million safe work hours is a “tremendous testament, a tremendous accomplishment. I thank you for that accomplishment and the opportunity to work together to do some incredible things for the nation. I thank you from the bottom of my heart for all you do.”

Even though the sites are 1,100 miles apart, Pantex and Y-12 Construction managers and employees continually collaborate on safety, including issuing a joint FY16 employee safety handbook.

“There’s not a time of the day that people aren’t talking about safety in some way,” Flynn said. “We’re very fortunate to have a management team who truly supports safety like no other team I’ve seen in 30 years.”

Craft Safety Representatives are an important liaison between management and workers and vice versa. The primary job of the safety leads — who compete for the year-long assignment — is to visit each job site with an eye toward safety. Craft Safety Representative Monica Lewis, a carpenter by trade, said workers know the safety reps are there to ensure questions and safety concerns are addressed quickly.

“Construction craft are quick to report anything they consider a safety concern because they don’t want to see anyone get hurt,” Lewis said. “The key factor in our safety performance is the fact that we care about each other, practice Brother’s Keeper, and consider ourselves a family.”

“It’s not one thing that we do. It’s a combination of the people and the programs,” Kato said. “It’s the investment that we make in people.”

Pantex Manager of Construction Ian Hughes was visiting Y-12 and attended the celebration. He said building a healthy nuclear safety culture requires everyone, especially managers and supervisors to set the example.

“Management really believes it, demonstrates it and communicates it through actions,” Hughes said.