Anderson County Dream it. Do it. winners announced 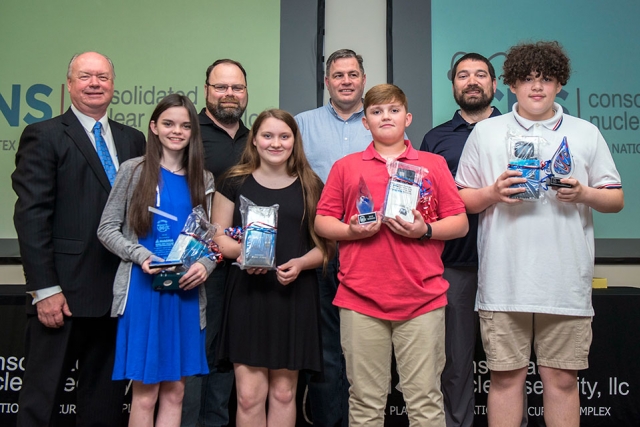 The Lake City Middle School team won the third annual Dream it. Do it. Competition as determined by public voting.

OAK RIDGE, Tenn. – A video produced by Lake City Middle School students received the most votes in the Anderson County Chamber of Commerce’s third annual Dream it. Do it. competition sponsored by Consolidated Nuclear Security, LLC.

The competition paired students from six Oak Ridge and Anderson County middle schools with area industries to learn about manufacturing. Each team then created a video about their industry partner, and the winner was determined by the public through online voting. Lake City Middle School’s video highlighted their partner, Eagle Bend Manufacturing, Inc. The school also received the Innovate award, and each student received a GoPro camera from CNS.

Jason Bohne, senior director of Communications for CNS, told the students President Harry S. Truman once said, “America was not built on fear. America was built on courage, on imagination and an unbeatable determination to do the job at hand.” He offered, Truman could have simply said “Dream it. Do it.”

The videos produced by the eighth-grade students may be viewed at http://www.dreamitdoitetn.com/.

The websites produced by the sixth-grade students may be viewed at the following locations: