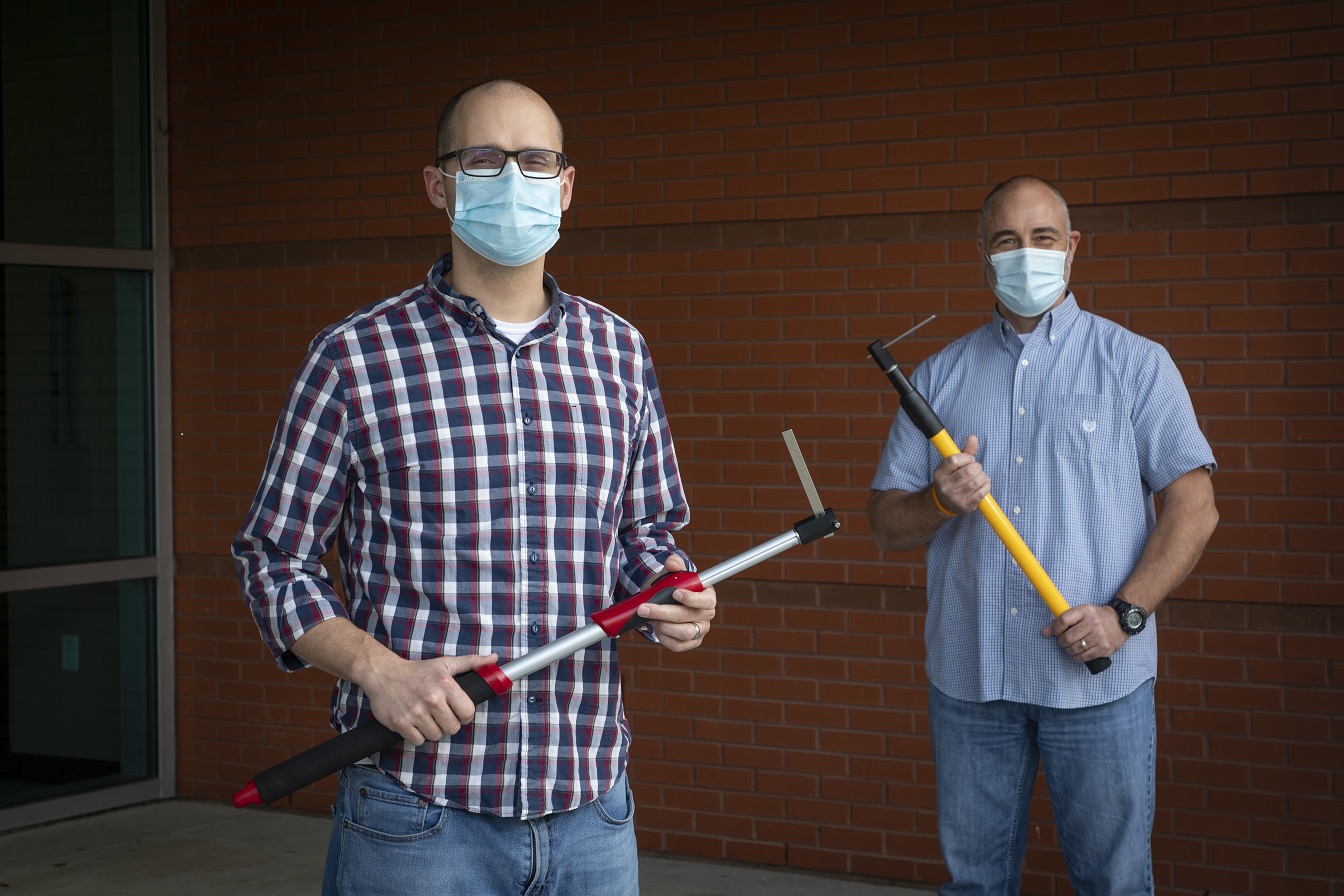 Andrew Sharp (left) and John Fellers received a Government Use Award for creating the Balanced Magnetic Holder for Performance Testing. This device has increased efficiency, increased safety, and is applicable across the DOE nuclear complex.

Oak Ridge, Tenn.— Y-12 inventors were honored for their innovative technology accomplishments during Consolidated Nuclear Security’s annual Technology Transfer Awards Ceremony. Because of COVID-19 protocols, the ceremony was delayed and held virtually for the first time. The site has a long history of producing technologies that are transferred to the private sector. 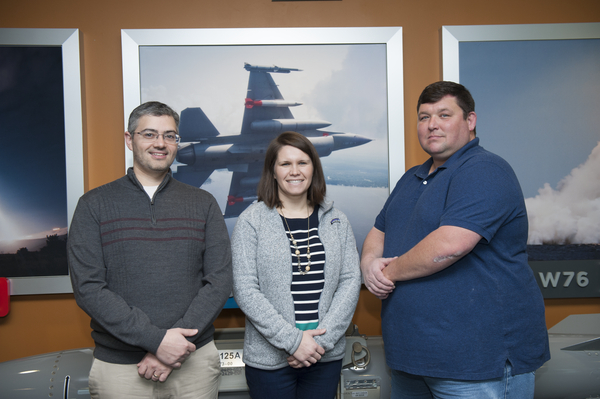 Josh Harris, Sara Webb, and Casey Guinan (left to right) received a copyright for the Information Release Office system, which ensures information is properly reviewed before released to the public. This photograph was taken prior to the pandemic.

One copyright was issued to Casey Guinan, Joshua Harris, and Sara Webb for the Information Release Office System.

Twenty-four inventors were recognized for bringing forward new ideas, having patents issued, and deploying innovative solutions. These employees were acknowledged for both their creativity and innovative ideas in support of the technology development and transfer mission. The new inventions developed by the honorees will be used to further Y-12’s mission work and will be made available through license to benefit the public through Y-12’s Technology Transfer program.

At the virtual ceremony, Michael Lovelady was given the Technology Transfer Support Award, which goes to employees whose efforts go above and beyond the call of duty in contributing to technology promotion and licensing. Since 2010, he has been listed as the lead inventor or co-inventor on nine invention disclosures and two patents.

The Electronic Grenade Simulator team received a Government Use Award, which recognizes employees whose invention or copyrighted work has significant value to the U.S. Department of Energy or other government agencies. The team, composed of Joe Rainwater, Joey Parrott, and Scott Ball, created a device designed to look like a traditional grenade and simulates grenade deployment through visual and audio clues, which greatly enhances effectiveness of training without causing increased safety concerns or issues. The device has drawn great interest from other DOE and Department of Defense agencies. 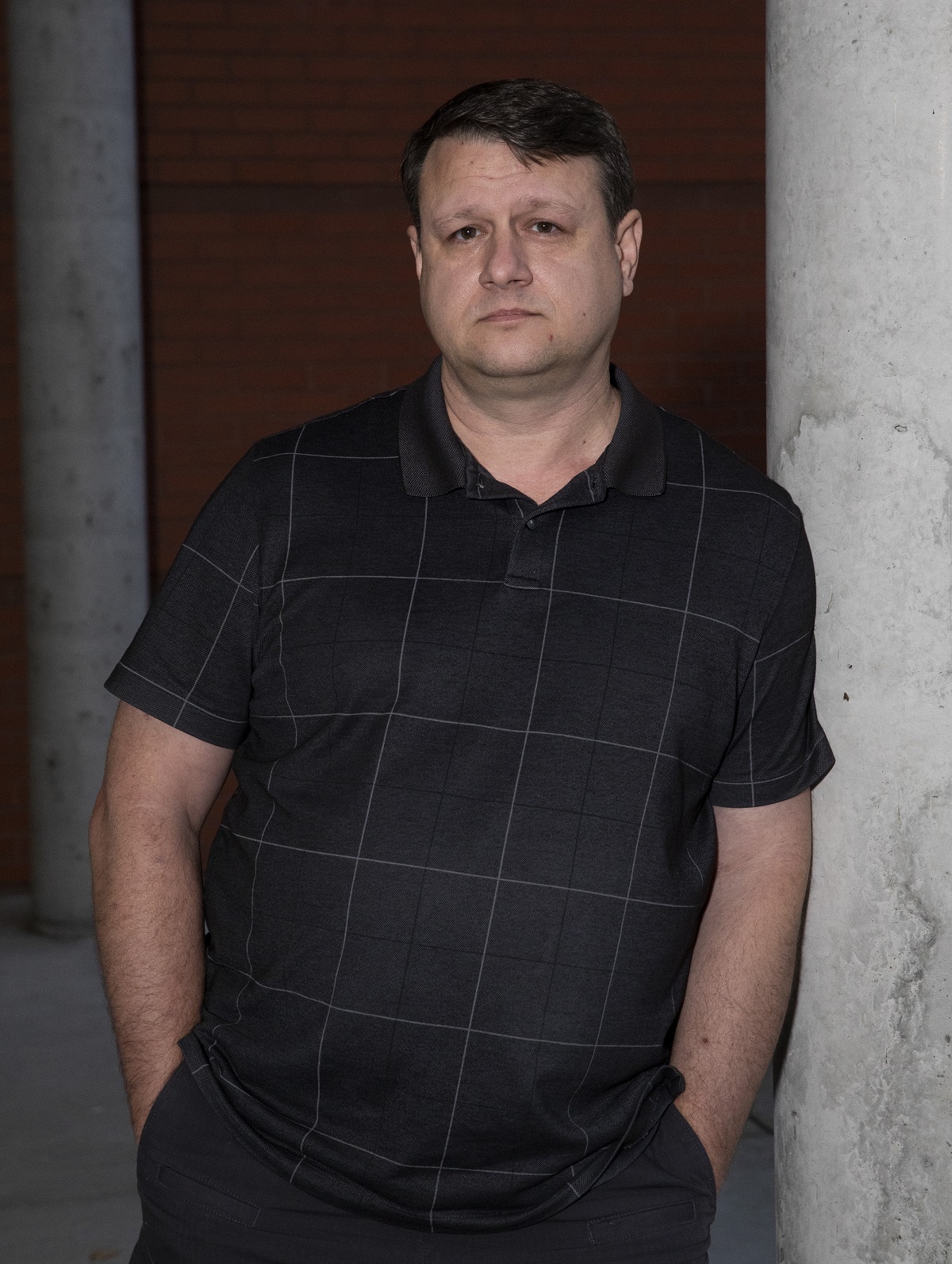 Michael Lovelady received the Technology Transfer Support Award for his contributions to technology promotion and licensing.

Conrad Vandergriff also received a Government Use Award for his role in developing the Vandy Stick, a device designed to hold a heavy and cumbersome hollow round shape so it can be containerized or un-canned during operations. The invention has been formally vetted and approved for use in Y-12 Operations. The device not only added efficiency to the canning and un-canning process, but has also led to an increase in worker safety for Y-12 chemical operators.

The final Government Use Award was given to Andrew Sharp and John Fellers for the creation of the Balanced Magnetic Holder for Performance Testing. Balanced magnetic sensors require testing using a handheld test device and ladders. To eliminate hazards, a uniquely designed tool was designed and manufactured using additive manufacturing to allow the test device to be used in various orientations and attached to a painter’s pole. This device has not only added efficiency to the testing process but has also led to an increase in worker safety, as well as being applicable across the DOE nuclear complex.

Consolidated Nuclear Security manages and operates the Pantex Plant in Amarillo, Texas, and Y-12. A central Technology Transfer Office manages the commercialization and partnership efforts for both sites.