Inside look: Y-12 team adapts and delivers during Japan mission 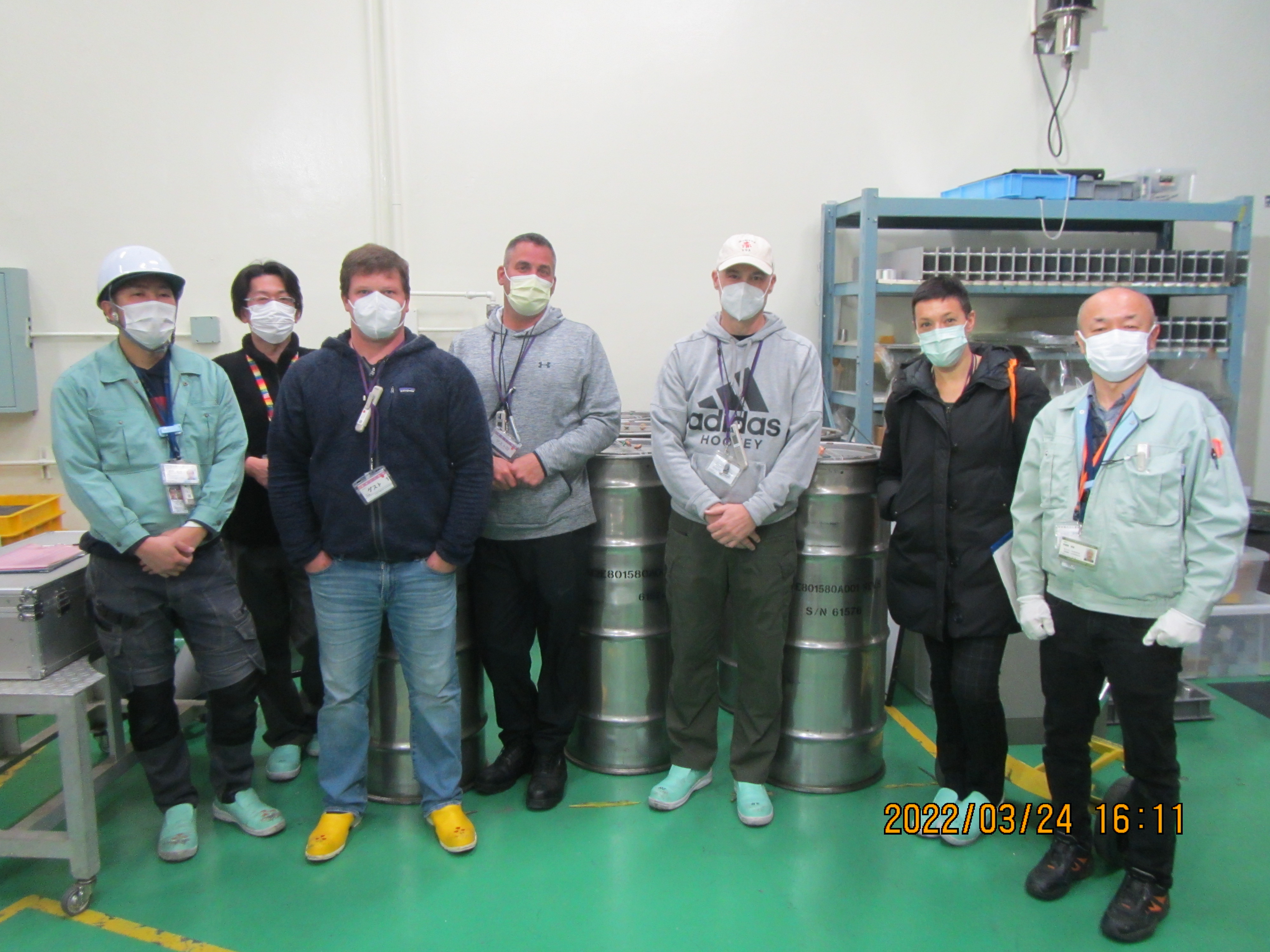 What are you willing to deal with to get the job done?

For members of the Y-12 International HEU Remove Program technical team, removing highly enriched uranium from sites in Japan during the pandemic required a lot of planning, adapting, and — especially — patience.

Japan had one of the most stringent travel restriction policies in the world during the pandemic, and the challenges were significant according to Y-12ers who lived the experience.

Hurdles included needing approval from several government agencies to enter the country, caps on the number of travelers arriving each day, visas for each trip, and no use of public transportation during the quarantine period, requiring hired cars to shuttle teams to different locations. It was a lot to deal with, but the United States and Japan had made a joint commitment at the 2016 Nuclear Security Summit to remove all of the highly enriched uranium from the Kyoto University Critical Assembly, so the schedule was set.

“The transports were already scheduled, so we had to stick to the plan,” said Trent, the team lead.

“Y-12 is the National Nuclear Security Administration’s point on fresh HEU removals,” said Trent. “We are the Uranium Center of Excellence. We have the transport packages and the folks who know how to load and operate them and how to disposition it.”

No one, however, could have predicted the COVID-19 pandemic and its impact on the work.

“We were required to take a COVID-19 test 72 hours prior to travel, test upon arrival in Japan at an airport, then test to be released from quarantine,” said Brian, who worked on five of the shipments. “Then midway through the pandemic, the U.S. started requiring testing 24 hours before boarding a flight back home.”

Testing was tough, but the days spent literally trapped in quarantine were the toughest. Over the two years it took to remove the HEU from Japan, Brian said Y-12ers spent about 2 months in quarantine.

“We were required to stay in a motel room for 14 days, with minimal outside time,” said Brian. “We could not come and go as we pleased, but even if we could, there was no place to go. Most services, like restaurants, were closed due to COVID restrictions.”

So how did Brian and the others pass the time? He said he would walk the hallways of his hotel to break up the boredom. He also watched baseball. “I watched a lot of Japanese baseball during my quarantine periods. Thank goodness baseball doesn’t require a translator,” Brian said.

Among the team’s more memorable moments during quarantine was watching coverage of the 2020 U.S. Presidential election. “It was fascinating to see how other countries viewed the U.S. and our electoral process,” said Brian.

In all, the International HEU Remove Program and its Y-12 technical experts removed around 45 kilograms of HEU from Kyoto University. Brian said they had an “awesome” support team back at Y-12, including Y-12 Medical, which provided pre-travel testing and post-travel testing along with ensuring the team had supplies of masks and sanitizer.

“Despite the fact that much of the world’s supply chain had ground to a halt, Y-12 consistently was able to deliver all the equipment, supplies, and containers we needed, ahead of schedule. If it hadn’t been for the folks at Y-12, the removal of HEU could not have happened. There are a lot of unsung heroes at Y-12,” said Brian.

Now that they know what it is like to work this kind of project in a pandemic, would they do it again?

“Definitely would do it again,” said Trent. “We were accomplishing something worthwhile.”