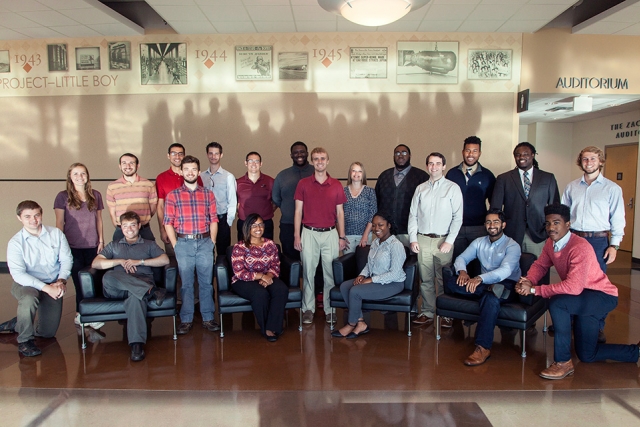 This summer, 26 college students worked at Consolidated Nuclear Security and participated in professional development, science and engineering lectures, networking events, and social activities with mentors and peers. The 2016 interns represented 16 universities from across the country and are pursuing degrees in mechanical, electrical, nuclear, and chemical engineering, as well as physics, optics, information technology, and math.

Ashley Stowe of Mission Engineering said the interns “are bright, hardworking and fun to interact with. They have accomplished a lot this summer. I am excited that we were able to host six interns at Pantex this summer and look forward to growing the CNS intern program further next summer.” (The six Pantex interns don’t include the two West Point cadets who also spent time at Pantex.)

CNS Student Interns Program Manager Rachel Winningham agreed. “Going forward, I would like to expand the program by providing co-op opportunities and having interns across more organizations.”

Whether they were a Pantexan or a Y-12er, one thing was certain: The interns return to college with a unique experience and the employees with whom they interacted take away something too.

Winningham said, “When you’re around the interns (even for a short timeframe), their energy rubs off on you. I want them to walk away from the internship with newly acquired skillsets, meaningful work assignments to put on their resume, and the opportunity to have networked with other interns and employees.”