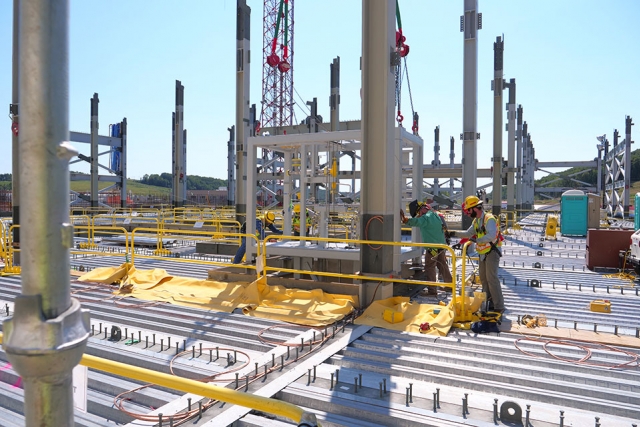 The first nuclear process equipment is installed at the Uranium Process Facility Salvage and Accountability Building.

The Uranium Processing Facility (UPF) Project installed the first nuclear process equipment, a process skid, at the Salvage and Accountability Building (SAB) in September. It is one of approximately 200 skids that will be installed at UPF.

A skid is a grouping of preassembled components, like tanks, valves, and pipe spools. Each skid is a “building block” for the overall process system. The SAB is essentially a small chemical processing plant. The skid is a preassembled and tested portion of that plant.

“This marks a major step in our commitment to build UPF by 2025,” said UPF Vice President and Project Director John Howanitz. “We’re not just constructing buildings anymore; we’re starting to accept and install process systems that will eventually support production operations. As buildings go vertical and walls go up, construction will be punctuated by installation of larger equipment. The placement of this first nuclear process skid is an illustration of our momentum.”

“This was a heavy, complicated lift that required precision placement,” said SAB Deputy Area Manager Randy Holman. “It required two cranes to lift the equipment into place before the crew bolted it to the second floor. The team came together and placed the skid without incident. The work and planning that went into setting this skid in place really paid off. The team deserves the credit for achieving this milestone.”

The UPF supports the Uranium Mission Strategy, which ensures the long-term viability, safety, and security of enriched uranium capabilities in the United States. UPF will replace casting, special oxide production, and salvage and accountability capabilities from a World War II era building with a modern, more efficient, and safer facility for conducting highly-enriched uranium processing operations at the Y-12 National Security Complex. 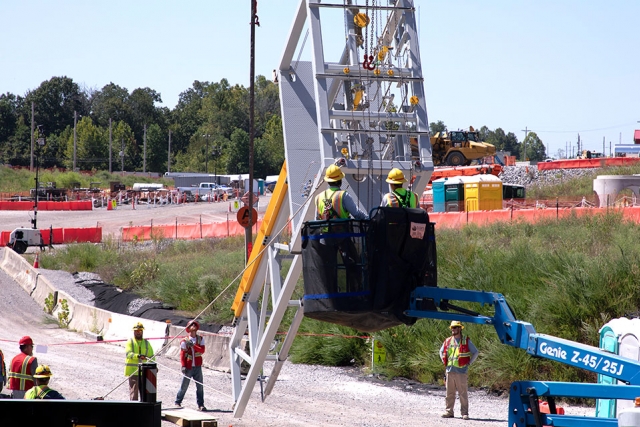 The first nuclear process equipment was delivered to the Uranium Process Facility (UPF). It is one of approximately 200 skids that will be installed at UPF.