More than a job

The United States flag that spans the wall of Cary Langham’s office has a singular purpose: to remind him of his responsibilities as a patriot.

“This is more than a job,” said Langham, who is Y-12’s director of Cost Savings Reinvestment. “This is my duty to the nation, and the flag is a reminder of that.

“Every day I come to work, I come knowing that I must do my part, give my best, to deliver Y-12’s mission because if Y-12 didn’t exist, I feel sure we’d live in an entirely different world,” he said.

Langham always knew he wanted to have a career serving the nation, and, before college, he thought he might join the military.

“My father George and uncles Marvin, Fred, and John were drafted back in the 1940s and ’50s,” he said. “In those days, they didn’t have a choice, but my parents told me that education was going to be the key to my success, and they were right. I chose to go to Tuskegee University, hired on here at Y-12, and haven’t looked back.”

Working at Y-12 is the only job Langham’s ever had. It’s the only job he’s ever wanted. After graduating from Tuskegee with a degree in mechanical engineering, he hired on as a project controls engineer, tracking project costs and schedules. That was 17 years ago.

Since then, he’s held positions as a process engineer for casting operations, functional manager of engineering staff, and liaison to the United Kingdom under the 1958 U.S. U.K. Mutual Defense Agreement, where he facilitated technical exchanges of defense information to identify process improvements and new manufacturing technologies.

“I like knowing I’m helping improve the everyday quality of life for people on site,” he said. “It’s true that when employees take pride in where they work and what they do, they want to do a good job. Striving for personal excellence becomes a natural follow on. 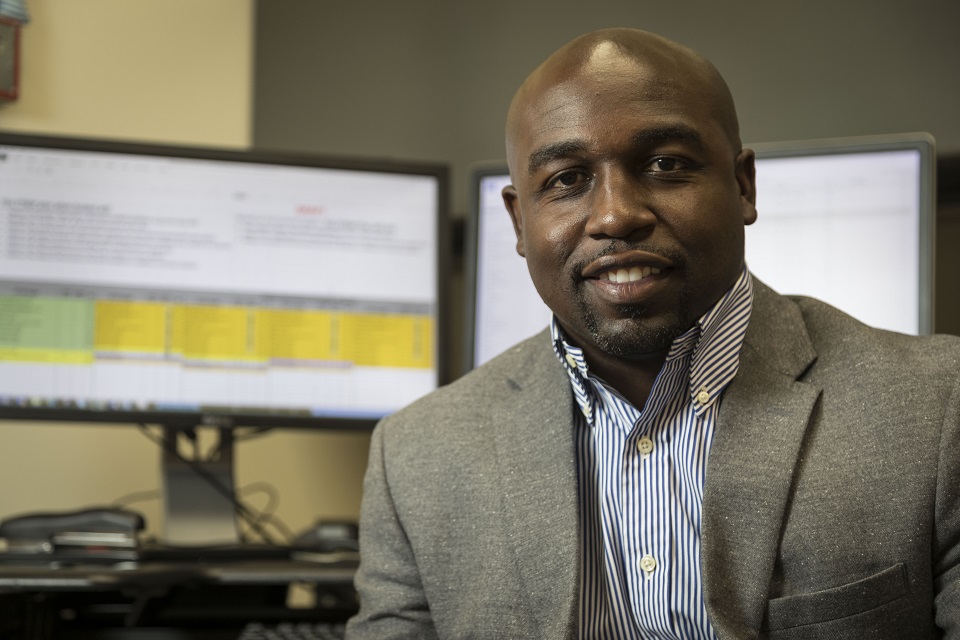 Cary Langham is Y-12’s director of Cost Savings Reinvestment. In this role, he works to improve site infrastructure and quality of life for employees.