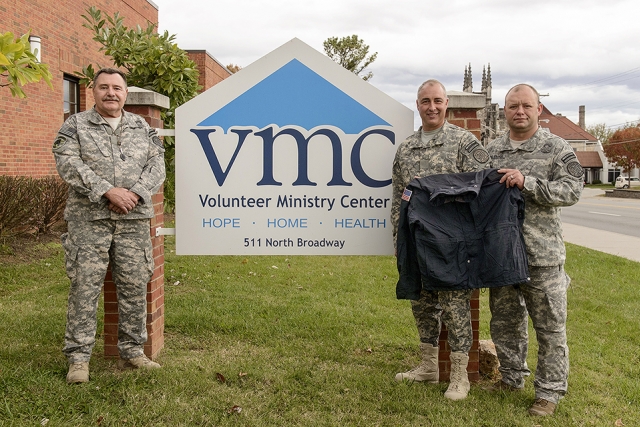 A few years ago, Y-12’s Protective Force changed from solid gray uniforms to their current digital camouflage gear. The old uniforms—some of which were actually new, with tags still on—were considered excess and likely headed toward a landfill. Around that same time, Y‑12 was collecting outerwear for its annual United Way Coat Drive. That gave Security Police Officer John Fellers an idea.

He recalled, “I knew we were asking for coat donations at the same time I saw our uniform coats headed to a landfill, so I asked the obvious question, ‘Can’t we donate these?’”

If only it were that simple. With no clear mechanism in place for donating unneeded government materials to community agencies, Y‑12 United Way chair Yvonne Bishop barely knew where to begin. “We had to make a lot of calls to try and learn how to get this done,” Bishop said. “We essentially had to invent the process as we went.”

After a lengthy series of delays, Bishop got the approval she needed from NNSA’s Albuquerque Complex. But the work was far from done. The coats would need to be surveyed to ensure they were free of any contaminants, then cleaned and sorted.

“Several of our Radiological Control technicians volunteered their own time to survey and green‑tag all 85 coats and warm liners, and other employees volunteered to remove the sewed‑on company patches,” Bishop said.

For cleaning and sorting, Y‑12 worked up a contract with the Michael Dunn Center, a Morgan County United Way agency that provides services and employment opportunities for people with developmental disabilities. The center’s employees washed the coats and sorted them by size.

Finally, the coats were ready for their final destination: the Volunteer Ministry Center in downtown Knoxville. For years, Y‑12’s coat drive has benefitted VMC’s efforts to end and prevent homelessness.

To make the donation of these unique coats even more special, the United Way committee worked with VMC to ensure the coats would go to homeless veterans. They were handed out shortly after Veteran’s Day.

Fellers appreciated the United Way team’s willingness to stick with the effort despite the obstacles. “I’m really glad we continued to push to make this happen, even when many thought we should give up or just do something easier like donate money,” he said. “We helped make more than 80 homeless veterans a little more comfortable this winter.” 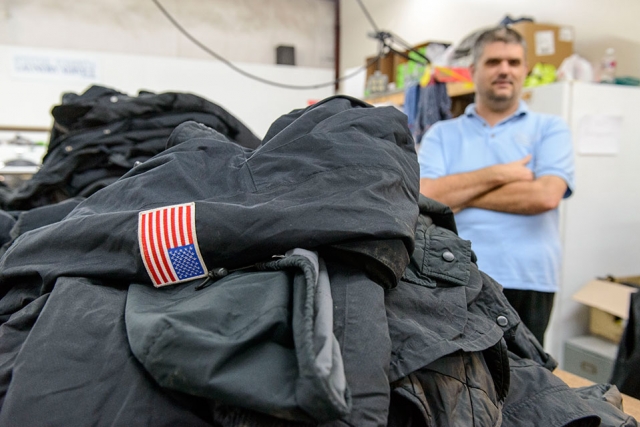 Employees at the Michael Dunn Center cleaned the coats.