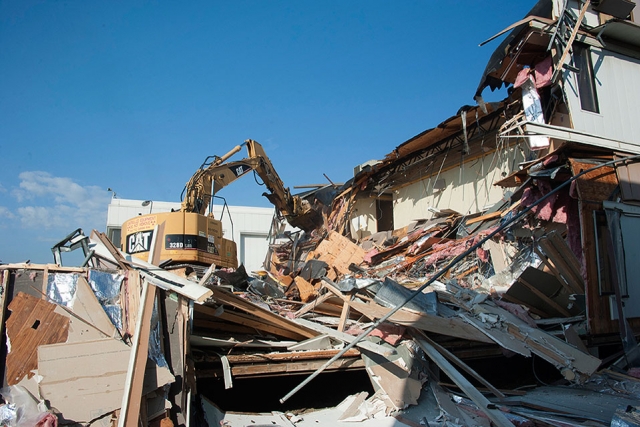 Demolition work typically requires significant coordination between state and federal regulators, but the team that demoed three Y-12 buildings was able to gain regulatory approval in about 50 percent of the normal cycle times.

Kevin Lancaster, the team lead, said, “Through extraordinary teamwork, collaboration, and anticipating potential barriers, the team was able to complete the entire demolition in approximately 60 percent of the original baseline schedule and at about 75 percent of the baseline cost. We estimate the team’s actions saved approximately $1 million.”

Demolitions like these reduce overall risk for Y-12 and DOE/NNSA through eliminating the costs of managing these buildings and the associated worker safety issues they present. 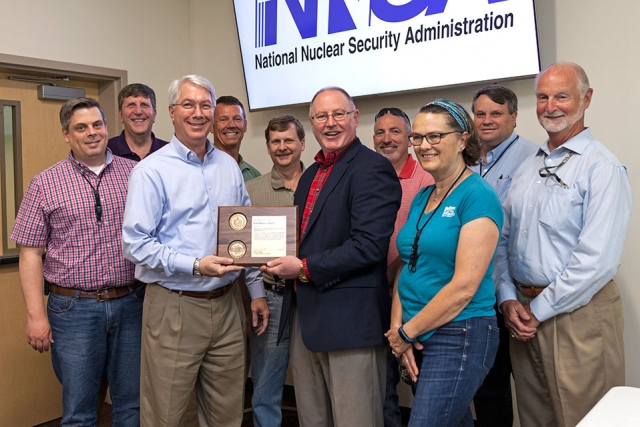 The lighting upgrades were completed to allow for minimal disruption of production and operational mission critical priorities.

The team also received the Secretary of Energy’s 2017 Federal Energy and Water Management Award for work completed by NPO, CNS, and Johnson Controls, Inc. It was the only group from DOE to receive this award in 2017. 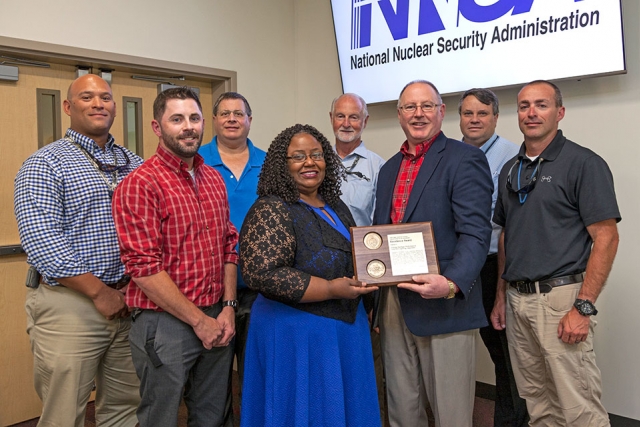 The mission work that Y-12 employees perform requires specialized equipment like Kathabar systems. These systems are needed in areas of Building 9204-2 to maintain critical temperature and humidity requirements.

Cliff Hastings, team lead, said, “We found the penthouse structure floor slab was severely degraded. So the best plan to access the floor slab for necessary repairs was to demolish the 9204-2 Annex, a concrete block building located beneath the penthouse, since the condition of the slab was expected to continue to deteriorate.”

“Our team worked together to ensure that numerous legacy systems were fully vetted without incident while we performed the isolation process,” Hastings said.

The project resulted in a cleared and usable surface that provides the most efficient and cost- effective means to access the underside of the penthouse. Access is allowing for much-needed inspections and repairs of the penthouse structure as required to maintain continued safe operation of mission-critical Kathabar systems. 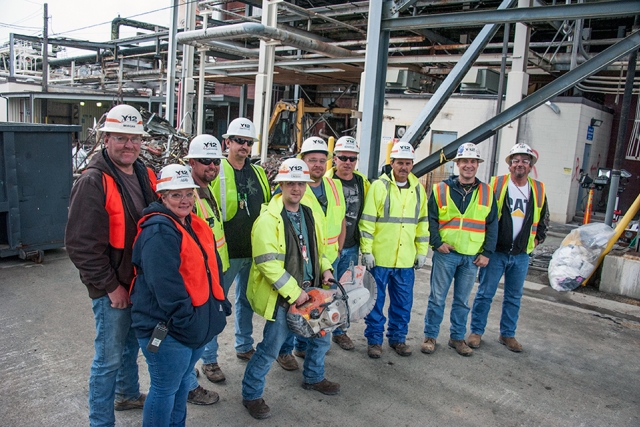 Shown are many of the team members who successfully completed demoing the Building 9204 2 Annex.

Creativity and innovation are two characteristics often needed when working on a team, and the Building 9201 05 Annex encapsulation team demonstrated a unique approach in handling multiple issues. They created a single cost effective solution that also reduced the risk from radiological contamination and environmental insult inside.

“The benefits of this innovative approach reduced risks associated with the facility and the co located workers,” team lead Kevin Lancaster said. “Further benefits include allowing the project a broader range of demolition strategies enabling and enhancing future project success.” 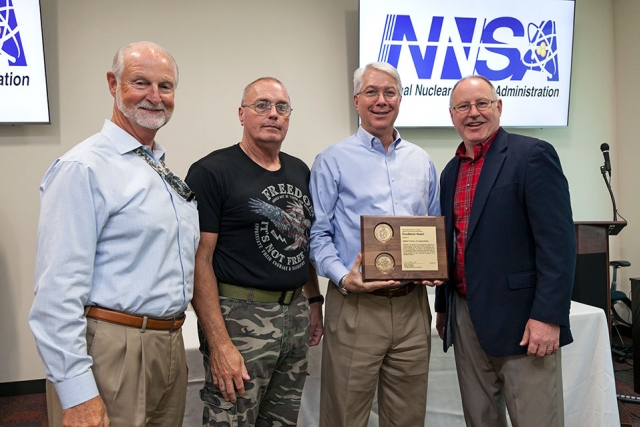 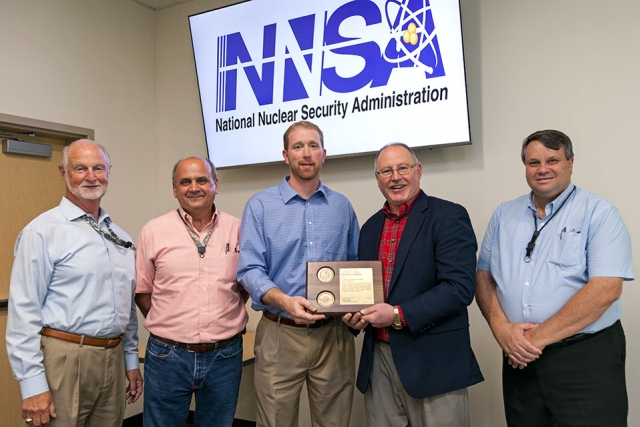 Primed with ideas
Teamwork successfully brings down the Alpha 5 Annex