Kyle Mitchell joins an impressive roster of Y-12 standouts who have been chosen for the 40 Under 40 list. 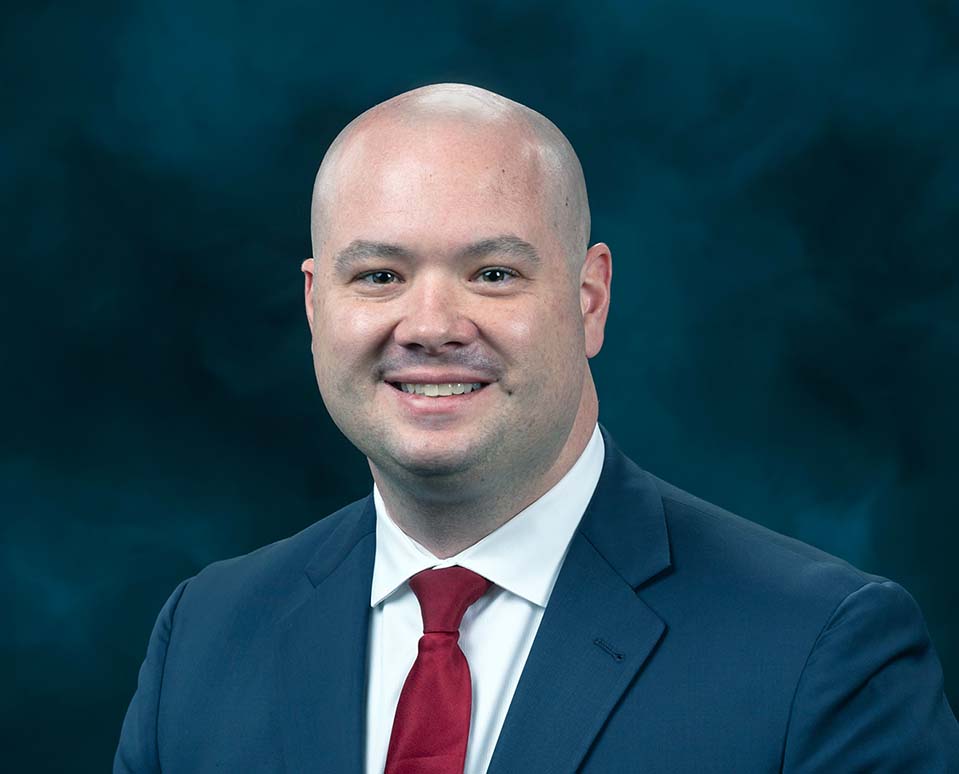 Kyle Mitchell is among the young professionals named to Knoxville News Sentinel’s and Knox.biz magazine’s 2021 40 Under 40 list.

“I was like, ‘Wow,’” said the 37 year old Y-12 employee about the selection. “This is pretty awesome. I know a couple of people who have been chosen for this, and they are really talented, accomplished people. This is really humbling.”

Mitchell is part of 40 Under 40’s 15th class, which, as the name suggests, is comprised of East Tennesseans under age 40. They are innovators in their industries and difference makers in their communities. Presented by Lincoln Memorial University, the class was featured in Knox.biz magazine and online at knoxnews.com.

Since June, Mitchell has served as Global Security Analysis and Training program manager and is detailed to NNSA headquarters in Washington, D.C. as a Response Integration program manager for the Office of Radiological Security. In this role, he helps support the NNSA's efforts to prevent high activity radioactive sources from being used in acts of terrorism.

Prior to joining Y-12, Mitchell was a senior security specialist at Oak Ridge National Laboratory, where he supported NNSA International Nuclear Security programs as a law enforcement subject matter expert. He also has served as director of security for Blount Memorial Hospital. There he led a staff of 20 sworn officers, security officers, and support personnel and created a regionally respected security department with state of the art technology.

In a 2017 stint with Pinkerton, Mitchell provided technical assistance on the development of a comprehensive and sustainable security regime for the first civil nuclear energy program in Abu Dhabi, United Arab Emirates.

“That was really incredible,” he said about the Middle East experience. “They were building a nuclear power plant, and I was training the UAE military.”

Before that post, Mitchell worked as a Protective Force instructor in Safeguards and Security at Y-12. He also developed and conducted training on firearms, advanced weapons systems, individual and team tactics, and physical protection systems.

He got his start as a police officer with the Maryville Police Department in 2004. He spent more than 11 years there and amassed an impressive record, which included appointments as a field training officer, traffic crash reconstructionist, homicide investigator, SWAT officer, and firearms instructor. In addition, Mitchell was selected as an instructor for the Governor’s Highway Safety Office for statewide training and garnered recognition as a 2012 and 2013 MADD (Mothers Against Drunk Driving) HERO Award winner, 2012 Officer of the Year, and recipient of the 2013 Outstanding Service Award.

While he is now a reserve police officer, Mitchell has also served as program manager for Shop with a Cop of Blount County, where 75 to 100 disadvantaged youth are given $200 and escorted by officers on a Christmas shopping spree. He still participates in the event.

“They spend a couple hours with us shopping,” he said. “It’s a great experience to see the smiles on the kids’ faces at the end of it. This is one of my favorite things to do.”

When he’s not at Y-12 or volunteering with the police department, Mitchell enjoys time with his family. His wife, Haley, is a CNS project risk manager for construction projects. The couple has 5 year old twin daughters, Kylee and Karson.