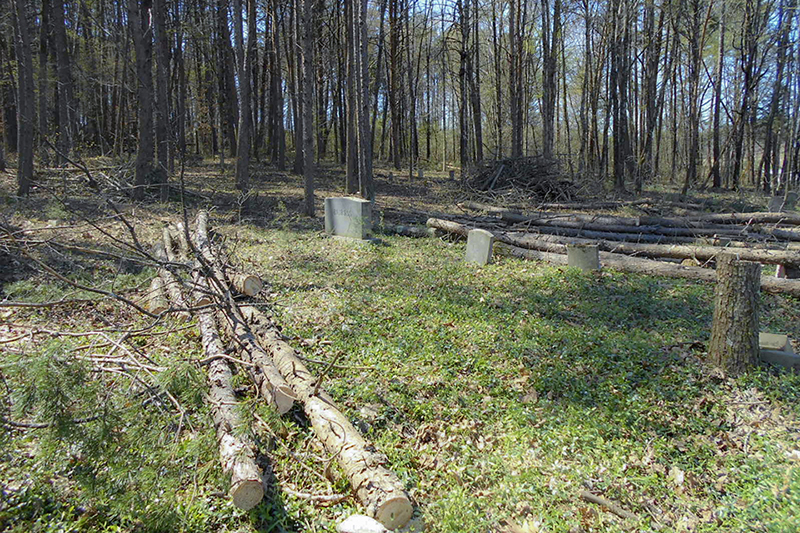 Thanks to funds from the CNS Community Investment Fund distributed by Y-12, the Soloman's Temple Cemetery near Vonore, Tennessee, has been restored.

CNS established its Community Investment Fund at Y-12 in 2015. The Y-12 fund is a partnership with the East Tennessee Foundation. Since then, more than 120 grants totaling nearly $700,000 have been awarded to nonprofit organizations and educational institutions in the East Tennessee region. One recent Y-12 grant was for the restoration of Soloman’s Temple Cemetery near Vonore, Tennessee.

Y-12 community relations lead Gene Patterson said, “It started as a service project for the Rhea-Craig Chapter of the Daughters of the American Revolution. The challenge was to restore an old African American cemetery that had been abandoned and almost forgotten. In 2018, the Y-12 Community Investment Fund awarded a $9,000 grant to the group.”

For Caren Lorelle, corresponding secretary of the Rhea-Craig Chapter of the Daughters of the American Revolution, that effort became much more personal. The restoration of Soloman’s Temple Cemetery in Vonore became an act of love and respect for people she never knew. Lorelle was instrumental in securing a grant from the Community Investment Fund that began the restoration project.

“This has been a very emotional project for me,” she said. “I have grown to love the people buried in this cemetery and the people who are their descendants who first introduced me to this project.”

The cemetery dates back to the 19th century. It had become overgrown with vegetation and trees, even invading many of the rotting pine coffins that had sunk into the Monroe County soil.

From family histories and other documentation, Lorelle said they know that 99 people are buried in the cemetery, and include African Americans and Cherokee Native Americans. Many of the graves are unmarked, and so far, the restoration team has been able to locate and identify about 60 percent of the graves.

“Because of the era, many African Americans were forced to bury their dead in remote areas outside the city limits,” Lorelle said. “During the days of slavery, they had to bury their loved ones after dark.”

In spring 2019, Lorelle marshalled her forces and began bringing the cemetery and the histories of those buried there back to life.

Trees were cut, vegetation was removed, and grave markers were restored. Among the discoveries was the grave of a Civil War veteran, an African American named James McGhee. His grave was unmarked, but through the years, his story remained alive. This veteran was born in 1837, and during the Civil War, he was a member of the U.S. Colored Heavy Artillery. He survived the war and lived years beyond, dying in 1927.

When U.S. Veterans Affairs heard about McGhee and his unmarked grave, they contacted Allen White, who was hired to restore the stone markers. Veterans Affairs wanted to honor McGhee by ordering a stone marker for him. Last summer, it was delivered and set. The inscription reads: James McGhee. Born August 8, 1837. Died August 16, 1927.

A permanent sign listing all 99 souls believed to be buried at Soloman’s Temple Cemetery will soon stand at the entrance. A rededication of the cemetery is being planned for this spring.

“I want to recognize every person buried there,” Lorelle said. “It’s the least we can do.” 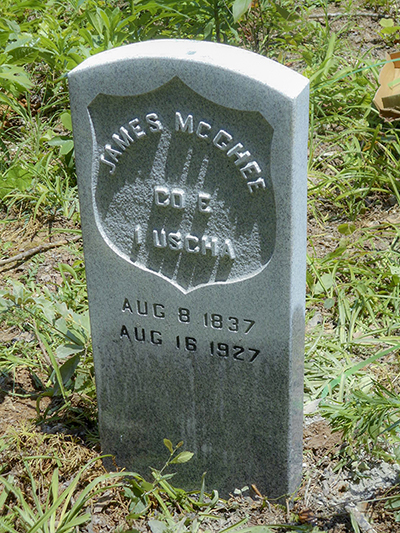