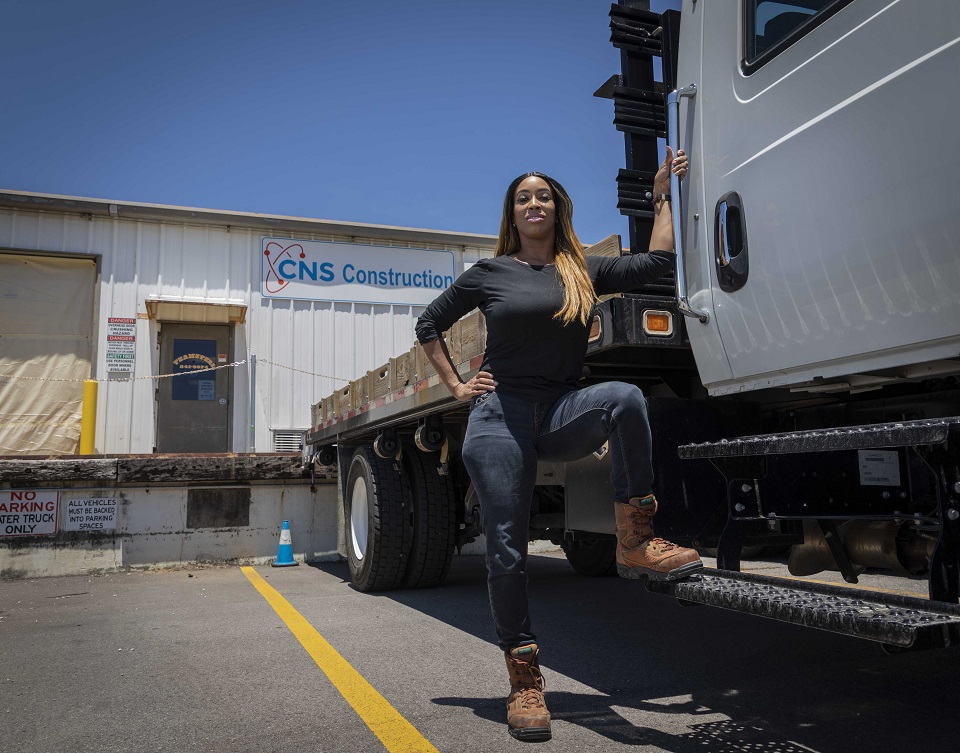 S. Norton, delivering for the mission, as the only female teamster for Y-12 Construction.

In 1943, the same year of Y-12’s groundbreaking, artist J. Howard Miller produced the iconic “We Can Do It!” poster to encourage females to join the skilled trades workforce.

Growing up, M. Lewis’ days consisted of exploring the outdoors and finding hands on adventures. She joined Y 12 in 1986 as a carpenter, keeping her childhood passion of “working with her hands and figuring things out.” Only this time, it meant making a difference for the nation. 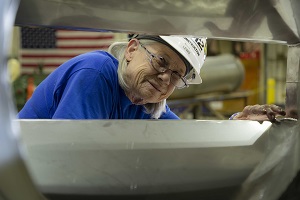 As a CSR lead, M. Lewis is responsible for eliminating hazards and implementing safety precautions.

“It’s important to join a profession that you love and that you are passionate about. When I started, it was the old adage that women shouldn’t be in the construction industry,” said Lewis, a craft safety representative lead. “It was hard being a female in what was considered a ‘man’s trade.’”

Over the course of 29 years, Lewis’ responsibilities have evolved into what she likes most about her role as a CSR lead; she is responsible for eliminating hazards and ensuring safety precautions are implemented while on the job.

“I enjoy having the ability to help others be as safe as possible and go home accident free,” she said.

We can do it too

For L. White, beginning her career as an electrician for Y-12 meant joining the family business, as her father and grandfather both served as electricians at the site. After 18 years, White is now a general forewoman.

“Being a female in the skilled trades pushes you a lot of times out of your comfort zone,” White said. “It’s good for you because it shows that we are just as capable.”

Although she has advanced to serving as a general forewoman, White said she feels part of an even larger family of brothers and sisters at Y-12. 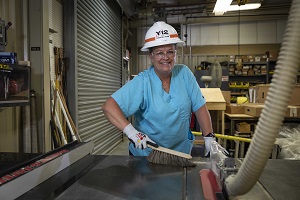 Y-12 laborer B. Murphy echoed White’s comment. “All of us are a big family,” she said. Murphy initially looked for only temporary work at the site. Thirteen years later, Y-12 has given Murphy a “home away from home” and provided a better life for her family.

“If you wait for someone to hand you an opportunity, it won’t happen,” Murphy said. “My biggest piece of advice to future generations is to strive to be your best. Don’t let anyone tell you that you can’t do something that you have set your mind to.”

The key to success

S. Norton, a Y-12 teamster, knew that keeping a strong level of determination in the trades industry would bring her closer to home and take her far in her career. Previously, Norton spent her days and nights as an over-the-road truck driver. Today, Norton is behind the wheel delivering items and supporting warehouse facilities at Y-12. She also occasionally operates the fuel truck. Norton says that her experience has been a “joyous adventure,” traveling to on site locations and supporting workers who execute the mission. As the future workforce transforms the “man’s trade” adage, Norton says she is shown respect as the only female teamster for Y-12 Construction.

“You pioneer through the industry and it makes it easier to help pave the way for other females in the trade,” Lewis said. “If you work hard and do your best, you can be a success.”

K. Hamilton, a Y-12 painter, believes it is important to encourage and educate young women about job fulfillment from skilled trades. Whether she is in the sign shop or in the field, the combination of creating and refurbishing signs has made Hamilton proud of what she is able to achieve and improve for the site’s infrastructure.

“At the end of the day, you get to truly notice the work that you are doing,” she said. “It’s a great feeling because you can physically see something that you have accomplished.”